In the early 1970s, the first tanks were installed on the Oosterschelde. Ecotank started with 6 tanks for mineral oils in Wemeldinge. Now, fifty years later, Ecotank has grown into a storage park with 41 tanks for the food and animal feed industry. Three new tanks will be added shortly. With a growing company comes a growing responsibility: for quality, but also for employees. 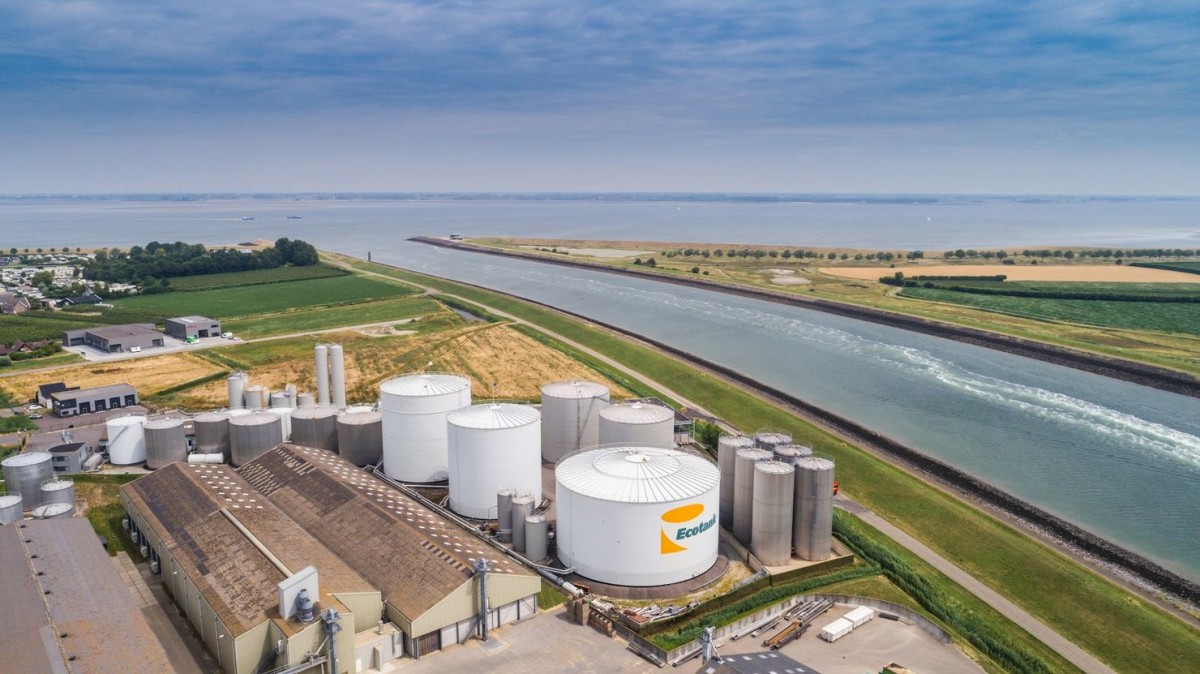 “We have been in contact with Schouten Advies since 2003, in that year we obtained our GMP+ International certificate,” says Jaco Moelker, financial controller at Ecotank. “Later, Schouten Advies supervised the certification process for IS 9001 and ISO 22000. That went well, Schouten Advies has an eye for which method and which steps are appropriate for a company.”

Initially mainly for quality, but nowadays Schouten Advies also assists in the field of occupational safety. Bas van Leeuwen assists Ecotank with health and safety matters: “Ecotank is a motivated company. We often sit around the table with six people. It is important that the prevention officer is not the only one who is concerned with safety, you must involve the entire team. Ecotank does that well.”

Moelker: “Initially we had two systems, one for quality and the other for safety. That was not convenient. With Schouten Advies we have merged everything into one system. That way we only have to keep track of procedures and the like in one place.”

“Together with Schouten Advies, we also worked on a new RI&E and an emergency plan,” says Moelker. “We have examined and further optimised the entire occupational health and safety policy. Schouten Advies is knowledgable, proactive and supportive. As an external party, they can break through the patterns of entrenched systems.”

Ecotank continues to focus on the future: “We have already done a lot, but occupational safety is a continuous process. For example, we now work with toolbox meetings to further train our staff. We are careful with our employees. We want to delve further, to gain a better understanding of where the risks lie. The total package of quality and occupational safety at Schouten Advies makes that easier.”

Schouten Advies provides dozens of training courses every year. Our experts are happy to teach you something new.

Want to stay up to date?