Fibrant: “Schouten Advies has been a guide for us in an unknown world.”

Fibrant started in 1952 as part of DSM. It made caprolactam, a raw material for nylon production. Fibrant is still an important producer of caprolactam worldwide. In addition, Fibrant also produces ammonium sulphate, which is used as a fertilizer. For a long time this was a residual product for which there was little demand. “Until the last century the smoke from factories was desulphurised,” says Ot Sielcken, quality manager at Fibrant. “As a result, much less sulfur ended up on fields and that had to be compensated. Our ammonium sulphate is ideally suited for that.” 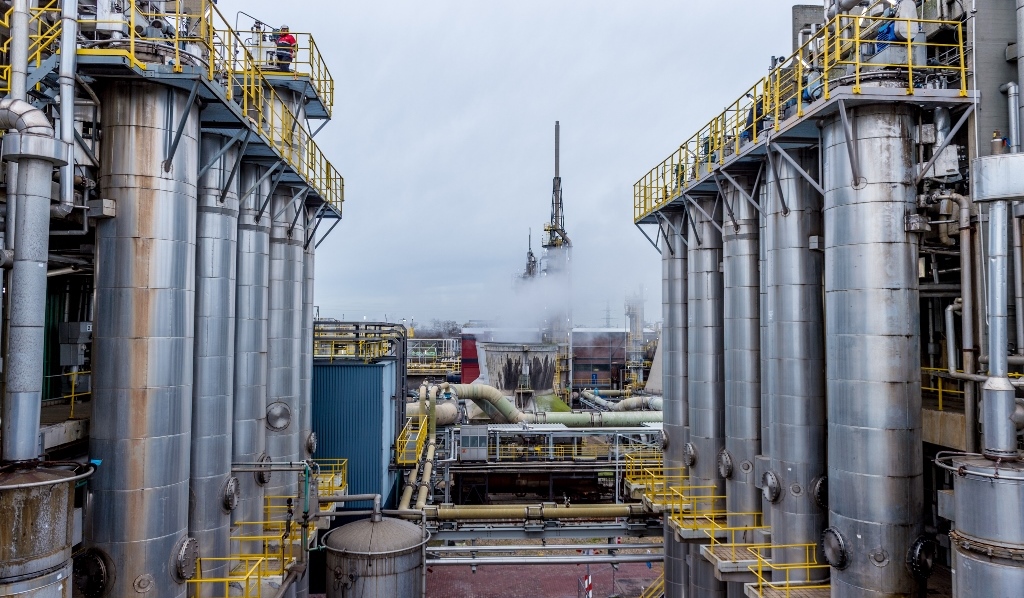 In 2015, Fibrant and DSM parted ways and Fibrant broadened its horizons. A modern factory to produce pure ammonium sulphate had just been completed with a specially designed area for the production of ammonium sulphate for the pharmaceutical industry and the food sector, among others. For example, ammonium sulphate is used as a bread improver and in the production of wine. “We had a beautiful factory, the customers were there, but we had yet to be certified. This is where Schouten Advies came into play. We were used to the chemical industry and didn’t really know how to operate a food factory,” says Sielcken. “What is involved, what are the relevant regulations, what kind of manual is needed and how do we implement it all? We could never have done it without Schouten Advies.”

nitially, Schouten Advies supported Fibrant with sessions on food production. Schouten Advies also played a role in the acceptance of the process used by Fibrant for the production of ammonium sulphate. Because Fibrant used a new production method, it still had to be approved by GMP+. In addition, the staff had to be trained. To this end, Schouten Advies has given various training courses to the people of Fibrant. “Schouten Advies has been a guide for us in an unknown world. We eventually obtained both our GMP+ and our FSSC 22000 certificate without any comments.”

Quality assurance goes further than a certificate, of course. Even now, Schouten Advies still supports Fibrant with internal audits. “The assistance of Schouten Advies does not stop after certification. They are proactive, practical and don’t sell buzzword bingo.”

Schouten Advies provides dozens of training courses every year. Our experts are happy to teach you something new.