Protix breeds insects for animal feed, among other things. For example, their insects or raw materials derived from them are fed to chickens and fish. It is an innovative company that is at the forefront of the food industry of the future. The insects from Protix eat vegetable by-products from, for example, the food processing industry. “In this way we contribute to the circular economy,” says Tarique Arsiwalla, Chief Commercial Officer and co-founder of Protix. “We bring residual flows back into the food chain. We upcycle products that would otherwise may end up in fermentation installations. ”This way, Protix contributes to a sustainable society. That is one of their core values: taking care of this world. 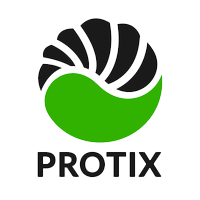 “
“Schouten Advies is our knowledge and sparring partner when it comes to legislation and quality control.”
Tarique Arsiwalla

When Protix started, the legislation and regulations in regard to insects and products derived from them were unclear. Animal proteins came mainly from slaughterhouses and due to problems such as the BSE crisis, the use of processed animal proteins in food and feed was subject to strict rules. Nutrients from insects were not covered by existing legislation. Tarique Arsiwalla: “Schouten Advies has helped Protix to clarify this. For example, by talking to the NVWA (the Dutch food and consumer product safety authority) and policy makers. ”

Arsiwalla: “Schouten Advies has helped us with all the animal feed legislation we came into contact with and with obtaining our GMP+ certification. They were also partners in designing our production processes, so that they comply with HACCP protocols, for example. We notice that there is a lot of experience and expertise available at Schouten Advies. We can usually go quickly if we have questions. Schouten Advies is our knowledge and sparring partner when it comes to legislation and quality control. ”

“Schouten Advies has an eye for the phase that a company is in,” says Bas Jürgens, Chief Operations Officer at Protix. According to Jürgens, in the start-up phase of the company, Schouten Advies was “the quality conscience of Protix. Now that we are a more mature company, we can do more ourselves. These days we use the knowledge and expertise of Schouten Advies mainly in specialist cases. For example, we managed to add live larvae as feed for chickens to the GMP+ list of accepted products. Schouten Advies has played an important role in this.”

Protix has recently open a new factory in Bergen op Zoom and the company is busy with the GMP+ certification of that location. Bas Jürgens: “We are rewriting the manual for the new location. Our current manual was written by Schouten Advies even before the first production location was built. Little was known at that time about exactly how it would go, but the manual is still the basis. That is quite extraordinary. “